I love throw pillows, like seriously, I ADORE them! However, like most people I really don't like spending $30, even for the most fabulous pillow. So, last year when I was getting to move to school and saw an inexpensive plain red pillow at Ikea, that happened to match my bedspread, I had to dress it up!

First off I used some white yarn, which  I already had, and twisted it and tacked it onto the edge of the pillow. I also added some handmade tassels.

Than, I created a template by using sticky labels and cutting out the design I wanted, It worked a lot better than just plain old paper because it adhered to the fabric and the paint didn't run under. (at least not much.) 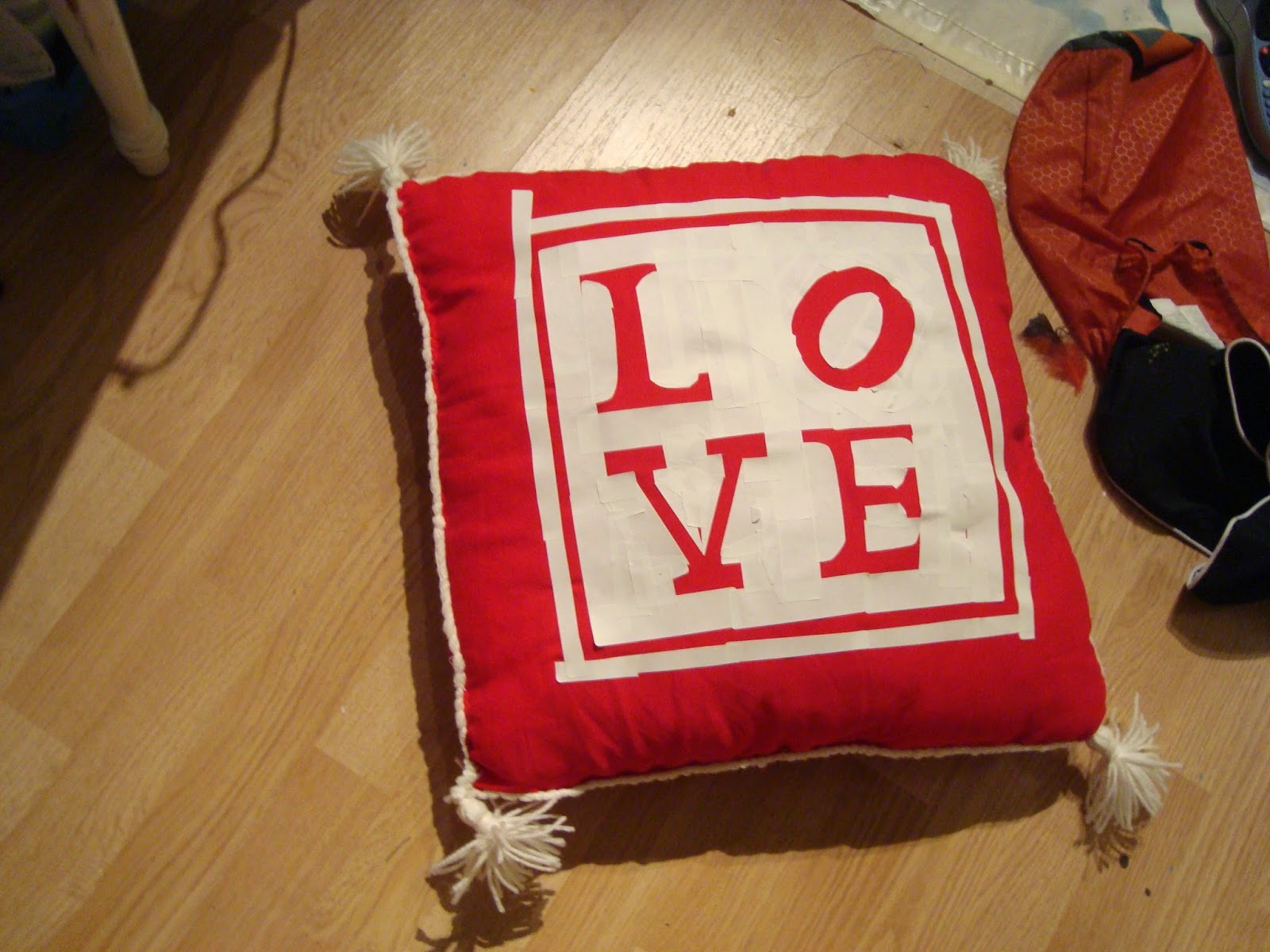 I than used white acrylic paint to fill the stencil in. 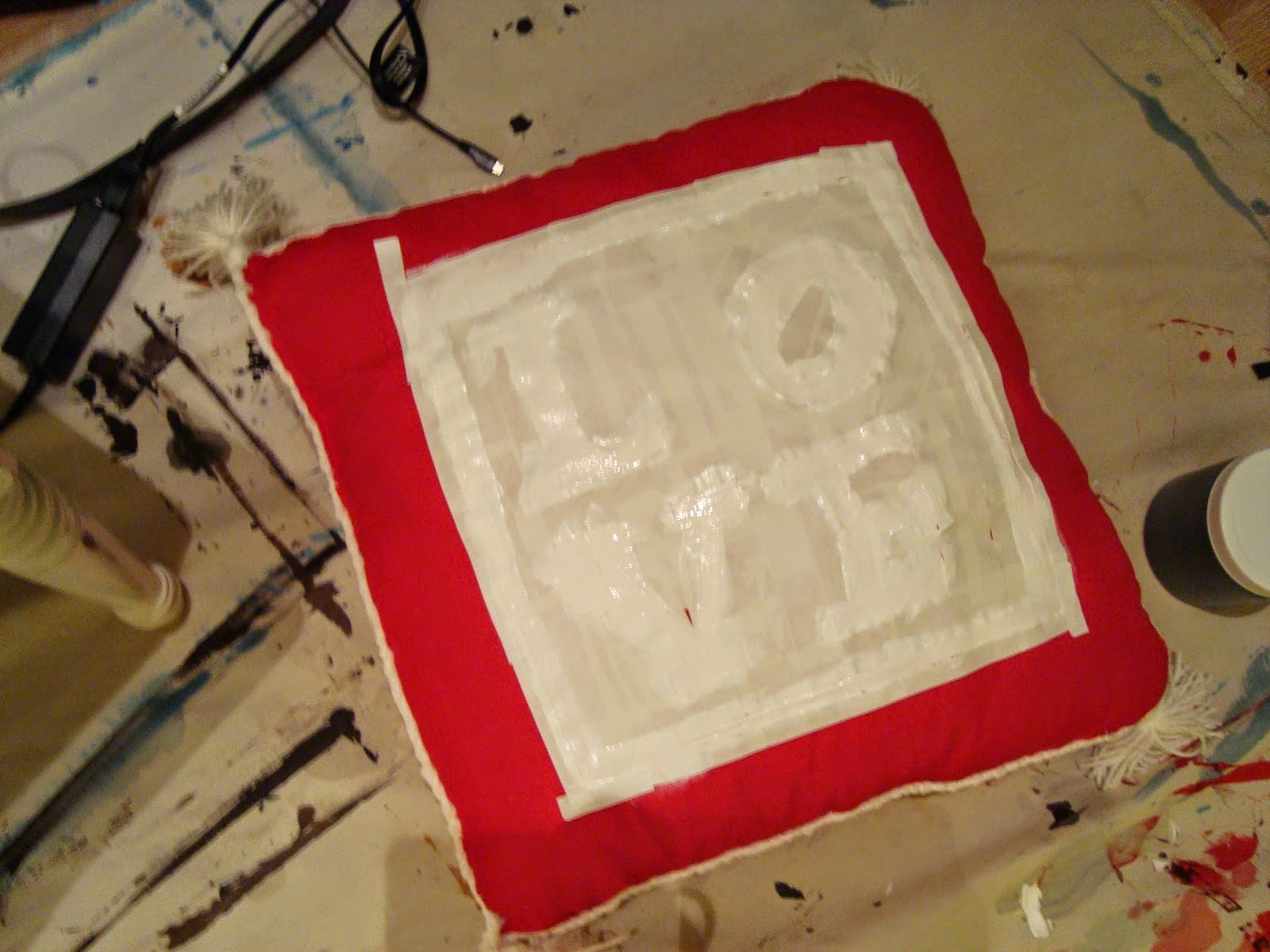 Once the paint dried, all I had to do was peel off the stencil and there was my pretty pillow! 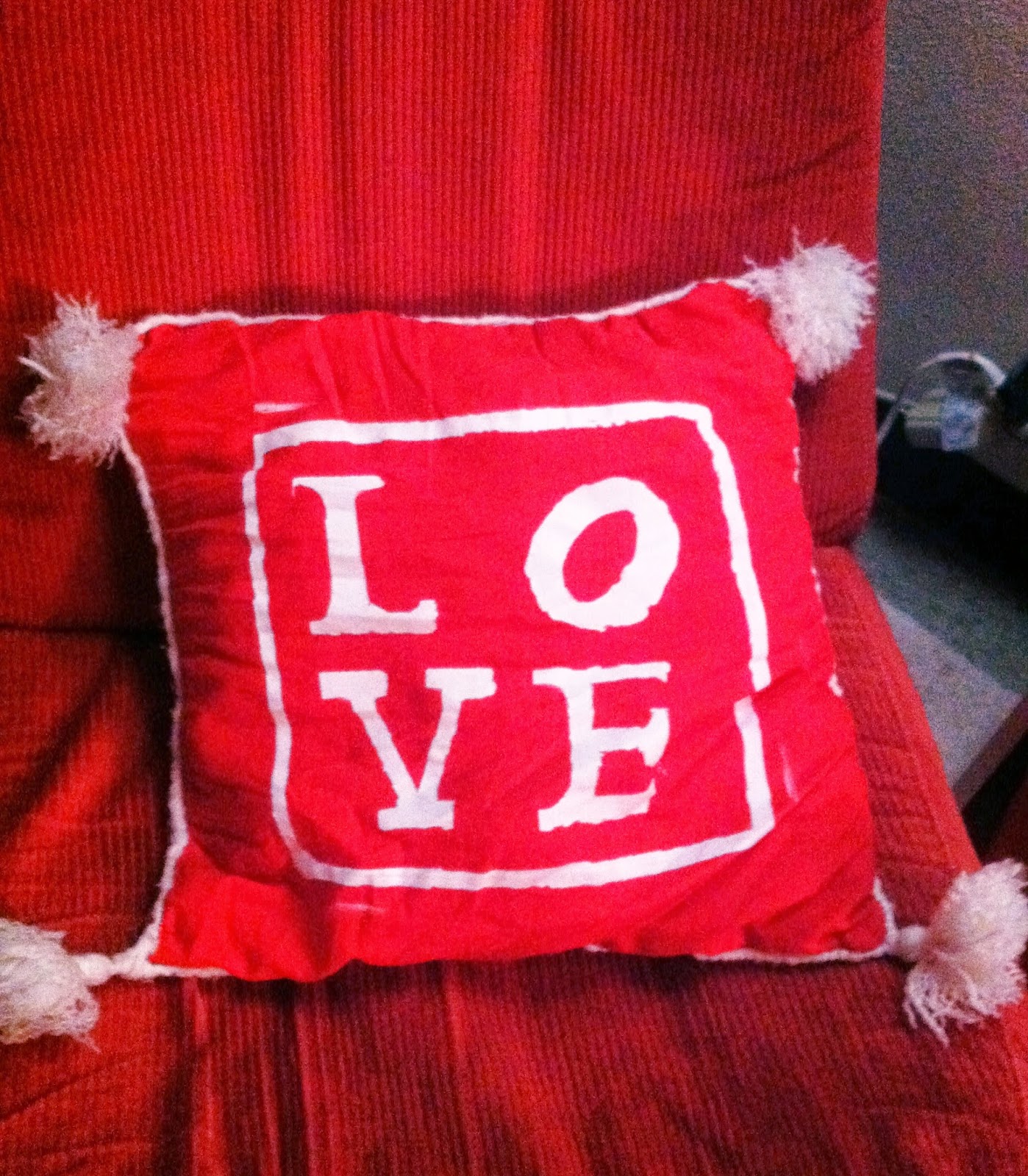 I've had this pillow for over a year and it has worn pretty well, I used inexpensive materials, so it won't last forever, but part of the fun of throw pillows is being able to change them out.
Hopefully this inspires you to make your own wonderful throw pillow.
Posted by Carrie Grace at 7:31 PM